Seeing as it is halloween, we thought we would explore some spooky tales from our SixPack routes!

This SixPack route is actually named after the ghost that haunts it. There are several stories about who the white lady of Marbury is, but all are linked to Marbury Hall, a country house that once stood in Marbury Park. There are still sightings of a lady in a white veil and other ghosty happenings.

The Sea to summit route in Bournemouth may just be our most haunted route withthree tales of spooky happenings!

Bournemouth Town Hall is the home of the “Ghostly Soldier” who appears once a year to help himself to a drink of water. There have also been reports of phantom horses and carriages at this location

Bournemouth Pavillion Theatre is also home to a spooky tale. An actress, Emily, who died on stage in the 1930s, haunts this location. People have heard footsteps on the empty stage in the dead of night and items thrown around, both of which people say is Emily.

We are not stopping there! Finally, Upper Pleasure Gardens has had reposts of sightings of four figures dressed in long black coats and hats. Who they are is a mystery….

Bramhall Hall is said to be home to a few haunted locations. The Paradise Room is nicknamed “The Ghost Room” in which many staff and visitors have reported sightings of a ghostly apparition in the room. It is also eerily cold and people can often smell smoke despite no fire being lit for many years.

The Withdrawing room is also said to be haunted, with signings of a ghostly woman. Whist a child crying has been reposted in the chapel.

Volunteers who venture into the basement have felt a sense that someone is there with them.

The Hemlock Stone at the start of this route is linked to many myths and legends! Some feel the site is linked to the druids, the priesthoods and the Celts acting as a temple for festivals and ancient practices

Our advice? Run these routes in the daytime! 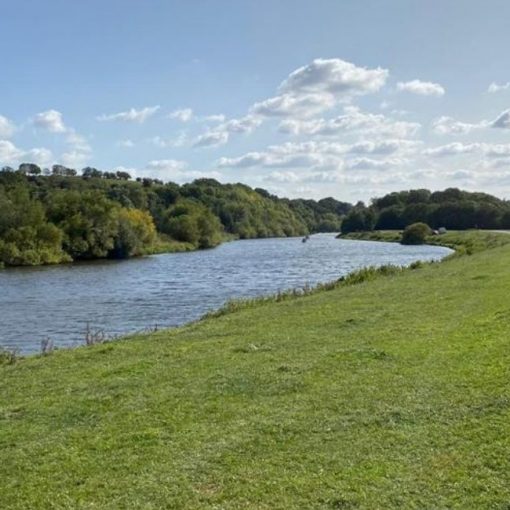 Wendy Magner created the Nottingham SixPack challenge. We caught up with her to ask her about her favourite route. “I have to […]